The Digital 3 Seas Initiative – Mapping the Challenges to Overcome 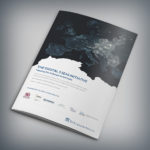 Launched in 2016 by the countries bordering the Adriatic, the Baltic, and the Black Sea, the Three Seas Initiative is an exceptional effort to increase interconnectivity in the fields of energy, transport, and digitalisation. The initiative aims to deepen integration among 12 EU countries: Austria, Bulgaria, Croatia, the Czech Republic, Estonia, Hungary, Latvia, Lithuania, Poland, […] 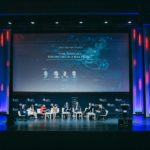 During the CYBERSEC Forum held in Cracow, Marek Zagórski, Polish Minister of Digital Affairs, announced, that the „3 Seas Digital Highway” project, initiated by the Kosciuszko Institute is one of the priority projects adopted by the Three Seas summit in Bucharest. The 4th European Cybersecurity Forum – CYBERSEC 2018, is one of the most important […]