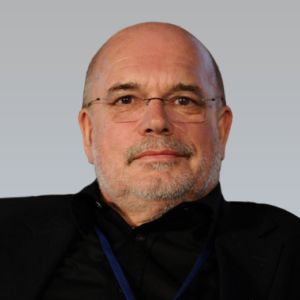 Professor Emeritus, University of Aarhus; Member, Global Commission on the Stability of Cyberspace

Wolfgang Kleinwaechter is a Professor Emeritus for International Communication Policy and Regulation from the University of Aarhus in Denmark and since 2016 a Commissioner in the Global Commission on Stability in Cyberspace (GCSC). He is involved in Internet Governance issues since the early 1990s. He was member of the UN Working Group on Internet Governance (WGIG/2003-2005), Special Adviser to the chair of the Internet Governance Forum (IGF/2005-2010) and member of the UNCSTD IGF Improvement Working Group (2010-2012). He is involved in ICANN since 1998 where he was a member of the ICANN Board of Directors (2013 – 2015), chaired the Nominating Committee (NomCom) and represented the Non-Commercial User Constituency (NCUC) in the GNSO Council (2011- 2013). He is also a co-founder of the European Dialogue on Internet Governance (EURODIG), the Global Internet Governance Academic Network (GIGANET) and the ICANN Studienkreis. In 2009, the Council of Europe appointed him to chair the Cross-Border Internet Expert Group. In the EU, he chaired the Coordination Committee of the European Interregional Information Society Initiative/IRIS (1994-1998), the Internet Governance Sub-Group of the EU Task Force on the Internet of Things/IOT (2010-2012)) and the evaluation team of EUs Safer Internet Action Program/SIAP 2005-2007). From 2007 to 2012 he was a member of the Steering Board of the EU-FP7 research project “Next Generation Internet/EURO-NF”. He was also the Special Ambassador of the NetMundial Initiative (NMI) from 2014 – 2016. In the academic world, Wolfgang Kleinwächter served from 1988 to 2012 as a voting member of the International Council of the “International Association for Media and Communication Research” (IAMCR), where he chaired for more than ten years the IAMCR Law Section. He is the founder and chair of the “European Summer School on Internet Governance” (EURO-SSIG), is member of various Editorial Boards of academic journals, has testified in hearings in the Deutsche Bundestag and the European Parliament and has published and edited more than 200 articles and 12 books. In 2012, he got the “Internet Award” from the German Internet Economy Association (eco).