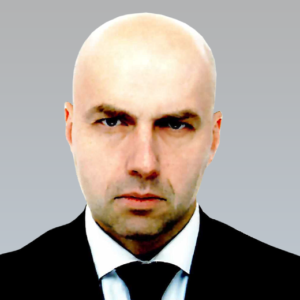 Mr. Chalupecký is the Head of the NATO and Multilateral Affairs (NAMA) Section in the Political Affairs and Security Policy Division (PASP) to NATO since 2015. He graduated from the Institute of International Studies at the Faculty of Social Sciences of the Charles University and from the Diplomatic Academy in 2000. He was then appointed Political Secretary of the Czech Embassy to the United States in Washington DC. After his return, he first served as Deputy Director of the Cabinet of the Minister of Foreign Affairs and then as Deputy Director of the Security Policy Department from 2008 to 2010. From 2010 to 2015, Mr. Chalupecký held the position of Deputy Permanent Representative of the Czech Republic to NATO. In 2015, he went back to Czech Republic to work as a diplomat at the Ministry of Foreign Affairs.