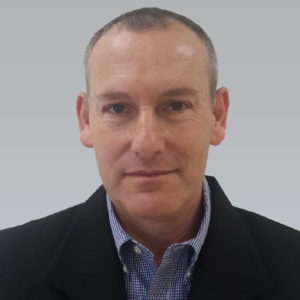 Michael Levinrad currently holds the position of Executive Director for International Cooperation at the Israel National Cyber Directorate (INCD). Prior to joining the INCD, Michael served in the Israeli Defense Forces for 30 years. After his initial military service in the Navy, Michael transferred to the Intelligence Corps, serving there in a variety of positions. In his last position before retiring from the IDF in 2012 Michael was posted to Berlin where he served as the Israeli Defense Attaché accredited to Germany and Austria. Michael is a graduate of the Wexner Senior Leaders Program (WSL), a partnership between the Israeli Government and Harvard University, with the goal of strengthening Israel's public service leadership (Class WSL17). Michael received his Executive MBA (1996) from the Recanati School of Business Administration, Tel Aviv University and holds a BA in Logistics and Economics (1992) from Bar Ilan University.