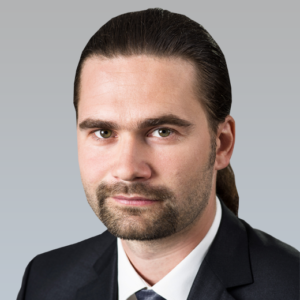 ESET’s Chief Technology Officer, Juraj Malcho originally comes from software development background (assembler, C++, relational databases) with reverse engineering expertise. In his role, he is overseeing ESET’s global research and development activities, and is in charge of research and development centers around the globe, setting the strategy for future technologies and products development as well as expanding R&D offices to new locations – Brno (Czech Republic), Žilina (Slovakia), and Iasi (Romania). As part of his role at ESET, Juraj and his teams work closely with universities and academies (and tertiary institutions) across the globe (Slovakia, Czech Republic and Canada), lecturing on reverse engineering, IT security as well as sharing insights on ESET R&D methodology and approaches, delving into challenging IT security problems. In 2015, Juraj oversaw opening of the ESET Research Center in cooperation with Slovak Technical University and Comenius University in Bratislava. Graduated in Computer Systems and Networks at Slovak Technical University, Masters, Juraj has more than 13 years of experience in the cybersecurity industry. In 2004, he joined ESET as Virus Researcher responsible for threat detection and research. Four years later, he led the teams as the Head of Security Research Labs and as well as the first wave of expansion in research and detection teams (eventually a team of 50+), reaching out outside of HQ office to Krakow (Poland) and Montreal (Canada). Since 2011, he held position of Chief Research Officer, managing departments responsible for malware detection, as well as design, development and maintenance of the ESET core technology. Then he successfully extended cooperation with law enforcement and law enforcement programs (Microsoft DCU, FBI). During his career, Juraj has gained international credibility as an industry thought leader, holding membership to a number of IT security research and operation groups including CARO, IEEE ICSG, AMTSO and couple of more private ones. He actively participated in the foundation of Clean Software Alliance, helping to improve and clean up the state of software ecosystem. Juraj has been invited to present to audiences at NATO, and continues to be active and present at high profile cybersecurity conferences across the world such as Virus Bulletin, AVAR, Mobile World Congress, Black Hat or ISOI. Juraj has interest in science and technology in general, has profound love in music, and plays several instruments.