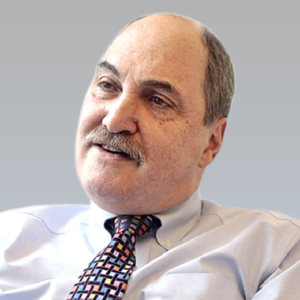 James Andrew Lewis is a senior vice president and program director at the Center for Strategic and International Studies (CSIS), where he writes on technology, security, and innovation. Before joining CSIS, he worked at the Departments of State and Commerce as a Foreign Service officer and as a member of the Senior Executive Service. His government experience includes work on a range of politico-military and Asian security issues, as a negotiator on conventional arms transfers and advanced military technology, and in developing policies for satellites, encryption, and the Internet. Lewis led the U.S. delegation to the Wassenaar Arrangement Experts Group on advanced civil and military technologies and was the rapporteur for the 2010, 2013, and 2015 UN Group of Government Experts on Information Security. He was also assigned to U.S. Southern Command for Operation Just Cause, to U.S. Central Command for Operation Desert Shield, and to the U.S. Central American Task Force. He received his Ph.D. from the University of Chicago.

Lewis is an internationally recognized expert on cybersecurity. His writings include “Cybersecurity for the 44th Presidency,” which was noted by President Barack Obama in his first speech on cybersecurity. Lewis is the U.S. lead for a long-running Track II Dialogue on cybersecurity with the China Institutes of Contemporary International Relations, and he has also authored numerous publications on the relationship between technology, innovation, and national power. Another series of reports examined the role of space in national security. His current research examines international security and governance in cyberspace, the relationship between innovation and technology, the future of warfare, and the effect of the Internet on politics.

Lewis is frequently quoted in the press and has testified numerous times before Congress.