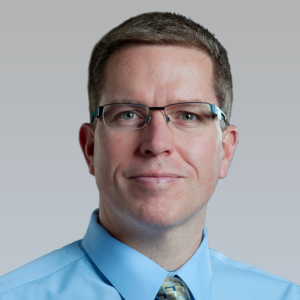 Dr. Christopher Paul is a Senior Social Scientist at the RAND Corporation, where he is the principal investigator for a number of defense and security related research projects. He also teaches at Carnegie Mellon University and in the Pardee RAND Graduate School. Prior to joining RAND full-time in July of 2002, he worked at RAND as adjunct staff for six years. He spent academic year 2001-02 on the UCLA statistics faculty. During the course of his more than two decades in policy and defense research, Paul has developed methodological competencies in comparative historical and case study approaches, quantitative analysis, and evaluation research.  His current and recent research efforts include analyses supporting operations in the information environment, security cooperation, counterinsurgency, irregular/unconventional warfare, and operations in cyberspace. Paul has authored or co-authored dozens of RAND reports and journal articles. Recent RAND reports include RR-1925/1-A, Lessons from Others for Future U.S. Army Operations in and Through the Information Environment, RR-1166-1, Dominating Duffer’s Domain: Lessons for the U.S. Marine Corps Information Operations Practitioner, RR-1742, Monitoring Social Media: Lessons for Future Department of Defense Social Media Analysis in Support of Information Operations, PE-198, The Russian "Firehose of Falsehood" Propaganda Model: Why It Might Work and Options to Counter It, RR-809/1 Assessing and Evaluating Department of Defense Efforts to Inform, Influence, and Persuade: Desk Reference, and RR-1600-A, Tactical Cyber: Building a Strategy for Cyber Support to Corps and Below. Commercial books include Strategic Communication: Origins, Concepts, and Current Debates, and Information Operations –Doctrine and Practice: A Reference Handbook. Paul has spoken, presented, taught, testified, or lectured before the House Armed Services Committee, for NATO audiences, to defense audiences in Singapore, the United Kingdom, Australia, New Zealand, Poland, and the Netherlands, at the National Defense University, at the Naval Postgraduate School, at the Army War College, at the Naval War College, at the School of Advanced Military Studies – Army Command and General Staff College, at AETC Air Command and Staff College, at the Center for Army Analysis, at the USA/USMC COIN Center, at the Air Force Special Operations School, and at the State Department’s Foreign Service Institute, and at the LeMay Center, among others. Paul holds a PhD, MA, and BA in sociology, all from the University of California at Los Angeles.