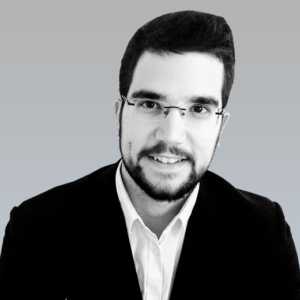 Digital Policy Advisor to the Member of the European Parliament, Eva Kaili

Thanos Moysiadis is the Digital Policy Advisor to the Member of the European Parliament, Eva Kaili. He works mainly on files related to the Digital Single Market. He has been the draftsperson of legislation related to the Platform Economy, Ecommerce and he has worked on multiple files including the reform of copyright, telecommunication and privacy rules. An avid supporter of DLTs, Thanos advocates for blockchain based solutions that address the pathologies of the digital ecosystem. In the past he has worked for the German Marshall Fund of the US, and has co-founded and co-chaired the Institute of Research and Training on European Affairs in Athens. Thanos speaks on issues ranging from digitalization, platform economy and copyright to to civic tech and technology enabling human rights. He has studied at the College of Europe in Belgium and at the University of Piraeus in Greece.