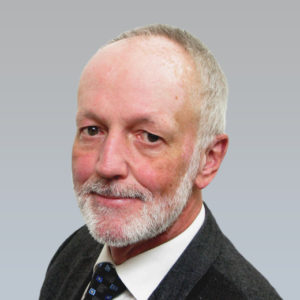 Ambassador Dr. Thomas Fitschen is the Special Representative for Cyber Foreign Policy and Cybersecurity at the Federal Foreign Office. Before coming back to Berlin he was Ambassador and Deputy Permanent Representative of the Federal Republic of Germany to the Office of the United Nations and the other International Organizations in Geneva (2012 - 2015). From October 2011 to July 2012 Dr. Fitschen was Faculty Member of the Geneva Center for Security Policy.  Earlier he served as, inter alia, Head of the UN General Assembly Affairs Division (political and social issues) and Deputy Head of the Ministry's Task Force Rule of Law Promotion in Berlin (2008 - 2011), was the Legal Adviser / 6th Committee delegate from 2005 to 2008 and desk officer for social issues and human rights at the German UN Mission in New York between 1993 and 1996. Other duty stations included the German Embassy in Manila (1996 – 1999) as well as the Division for International Law (1991 – 1993), the Anti-Organized Crime Unit (1999 – 2001) and the Task Force Global Issues (2001 – 2005) at Headquarters. He is a lawyer by training (University of Kiel, Germany) and holds a doctorate in international law from the University of Saarbrücken. Dr. Fitschen joined the Federal Foreign Office in 1990.