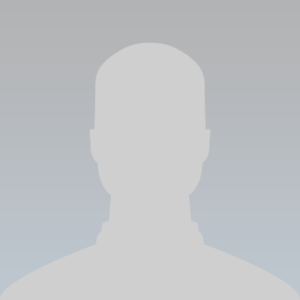 Air Commodore Philip Lester is currently Head Doctrine, Air Space and Cyber at the United Kingdom’s Defence ‘Think Tank’ the Development, Concept and Doctrine Centre based at Shrivenham Station in Wiltshire. Lester was born in Cyprus, the son of a British Army Officer and a Nurse. He was educated at a comprehensive school in Suffolk and has obtained two degrees: a MA from Kings College London and a MPhil from the University of Cambridge. Lester has had two articles published including his MPhil dissertation entitled ‘The Mission Protection Paradox’. Lester was commissioned into the Royal Air Force in 1987 and joined the RAF Regiment in 1989. As a junior officer, he specialised on light armour, support weapons and qualified as a forward air controller. As a squadron leader he commanded a Chemical, Biological Radiological and Nuclear (CBRN) Defence squadron at RAF Honington. As a wing commander, he commanded 3 RAF Force Protection Wing including a 7-month tour in Basrah, Iraq in 2008 during Operation Charge of the Knights, for which he was awarded a Queen’s Commendation for Valuable Service. As a group captain, he commanded RAF High Wycombe. In that role, he was also responsible for the 9 United States Air Force air bases in the UK and 1200 Air Command employees who worked on these installations. He is a graduate of both the Advanced and Higher Command and Staff Courses. Prior to his current assignment he was a member of the Royal College of Defence Studies. He joined the Course in September 2017 after an operational deployment as the Director of the J39 Branch (Non-Lethal Effects) within the US-led Combined Joint Forces Land Component Command on Op SHADER, Baghdad. Operationally, Lester has seen services in Saudi Arabia, Turkey, Northern Ireland, Cyprus, Bosnia, Iraq and Afghanistan. In staff appointments he has worked in HQ Air Command (2 Group, A5/7 and Capability Development), Headquarter of the Director of the Royal Armoured Corps, the Permanent Joint Headquarters (PJHQ) and the UK Defence Academy. He has also served in 5 US headquarters: US EUCOM (Stuttgart), TF-EAGLE (Bagram), CJTF-76 (Bagram), CFC-A (Kabul) and USAFE-UK (RAF Mildenhall).