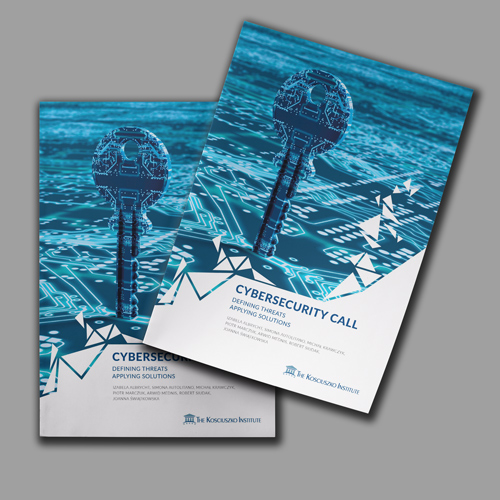 We're honoured to present our new report, published along with Microsoft and PwC. It includes 8 case studies showing that companies from Central-Eastern europe, and especially from Poland, also have the potential to shape the global cybersecurity market in the coming years.

The implementation of new digital technologies can bring enormous added value for economies the world over. The estimates say artificial intelligence is going to raise global GDP by 13 trillion dollars by 2030, which involves a yearly growth of around 1.2% (McKinsey and Company), whereas the 5G network is going to be able to generate 3 trillion dollars between 2020 and 2035 (IHS Markit). Competition in the technological realm between global state powers turned out to be the most important game changer in the second decade of the 21st century. It directly influences gaining advantage in social, economic and military dimensions. Digitising the economy and building the ICT sector are the most significant driving forces of economic growth, whereas military effectiveness hinges on the level of technological development.

An entire panoply of cyberthreats is also spreading right in front of us, including those that can lead to a paralysis of the digital world. For many years, we have been watching cyberattacks become a weapon in the hands of not only nonstate actors but also governments. As a result of cyberattacks, in 2017 the world economy lost over 600 billion dollars altogether (McAfee&CSIS). Zurich Insurance forecasts indicate that in 2030 such losses will grow to 1.2 trillion dollars, which equals 0.9% of world GDP. A cyberattack may paralyse the operation of whole economic sectors, which the NotPetya attack strikingly illustrated as it generated 10-billion-dollar losses in 2017. Faced with all of that, the dynamics of digital world must result in collective and responsible actions. The call for cybersecurity is a must.